Admins: Here’s How To Spin A History Of Job-Hopping 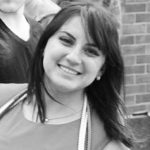 As an administrative professional in today’s candidate-driven market, there are a diverse set of roles where you can potentially find yourself. With the demand for talent so high, it’s also not uncommon to see many professionals with a history of “job-hopping” on their resumes.

The job-hopper, which is a term often used to describe an individual who tends to move on from one position to another in a short period of time, has historically been frowned upon as employers perceived them as flighty or disloyal. However, the stigma surrounding job-hopping is starting to fall away as an increasing number of professionals have begun changing jobs at a more frequent pace. In fact, a recent study from LinkedIn found that over the last 20 years, the number of companies people worked for in the five years after they graduated has nearly doubled.

“Today, it’s becoming very common to see office support and administrative professionals with more job movement,” says Emily Rubin, a Director within The Execu|Search Group’s Office Support division. “There are more opportunities for these professionals to diversify their skillsets than ever, and they’re taking advantage of it! However, it is still considered good form to put in time at a company to gain experience and show loyalty and dedication. When the time has come for you to move on, you’ll know. It’s just important to understand how to explain it.”

Therefore, if you’re concerned that your job history may raise some red flags to a prospective employer, here are several ways to spin it in a positive light:

Speak positively about your past employers

While this applies to anyone going into a job interview, this especially applies to office support professionals and their previous roles. Since soft skills such as emotional intelligence and perseverance are so important to an administrative professional’s success, your aptitude for those skills can come into question when a hiring manager sees that you spent a short amount of time in any given role. Additionally, speaking negatively about a past employer could indicate that you left because your interpersonal skills didn’t meet expectations for the role.

Be totally honest about your work history

If you have a history of job-hopping, it’s extremely important to be honest about why your time within a certain role was so short. According to Emily, potential employers usually understand when reasons such as a project coming to a close and corporate downsizing are factors into why a job was short-lived. However, if your reasons for leaving had more to do with the company not being the right fit, there is a way to put it in a positive light. Talk about how you feel you grew as much as you could in that position, so you decided it was time to find a new challenge.

Talk about a previous desire to experiment different roles…

As the number of temporary/consulting opportunities has grown the past several years, there has never been a better time for office support and administrative professionals to test out different roles than now. “With temporary roles, office support professionals have the freedom to explore new interests before they decide to pursue a career in that field,” Emily says. “For example, if you aren’t sure whether or not a project coordinator-type position is something you could see yourself doing for the rest of your career, you should strongly consider taking the option of a temporary role to see if it suits you.”

By talking about this process with a potential employer, you can demonstrate to them that, yes, at one point you weren’t sure whether or not a past position was the right fit for you. But remember, it’s important to stress the past tense in that line of thinking and that’s not where you currently are.

…And how it lead to where you are now

If the reason for your job-hopping was a desire to try a diverse set of roles before committing to a career path, it’s critical that you stress to an employer that the role you’re currently applying to is the kind of role you want to build your career on. Stigmas about job-hopping can persist on a case-by-case basis, but by being able to say that your job-hopping experience led to a desire for a long-term, established role, you could cement yourself as the perfect candidate in the eyes of a hiring manager.